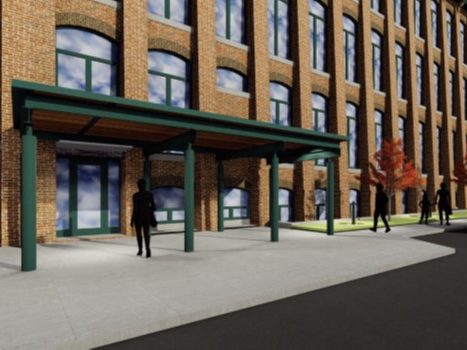 MassHousing’s funding includes a permanent loan totaling $ 2.3 million, $ 22.5 million in the form of a tax-exempt bridging loan, as well as $ 2.1 million under its workforce housing initiative.

The funding also includes a $ 35 million construction loan issued by TD Bank and $ 26.1 million in low-income tax credits from the Massachusetts Department of Housing and Community Development. DHCD also provided $ 2.4 million through the agency’s housing stabilization fund. The same amount was provided by the Affordable Housing Trust Fund, which MassHousing manages on behalf of DHCD. The additional funds consist of $ 7.9 million in historic federal tax credit equity and $ 2.4 million in historic state tax credit equity.

The development team includes Red Stone Equity Partners as tax credit syndicator, TD Bank as tax credit investor, with Aberthaw Construction Co. as general contractor. ICON Architecture is in charge of the project design. In the end, Trinity Management will take care of the operations in the community.

The redevelopment of the Marriner Mill built in 1896 will span several years, with the first phase scheduled for delivery in the summer of 2023. The 450,000 square foot building was originally developed by Arlington Woolen Mill Co. and acquired in the 1950s by Malden Mills Co.

The community will be within walking distance of several restaurants and less than a mile from downtown Lawrence. Downtown Boston will be approximately 29 miles to the southeast.

608 Broadway is the third residential project in the redevelopment of the 34-acre Arlington Mills Smart Growth District. In 2018, MassHousing, Trinity Financial and TD Bank teamed up to convert the Van Brodie factory into an affordable community totaling 102 units.

So far, MassHousing has funded 13 properties comprising 1,507 units in Lawrence. In July, the agency partnered with Trinity Financial on a project in Brockton, Massachusetts. The second phase of 111 housing units in a mixed-income community received a $ 19 million loan from the agency.

Savvy Senior: How To Tidy Your Business | Local news