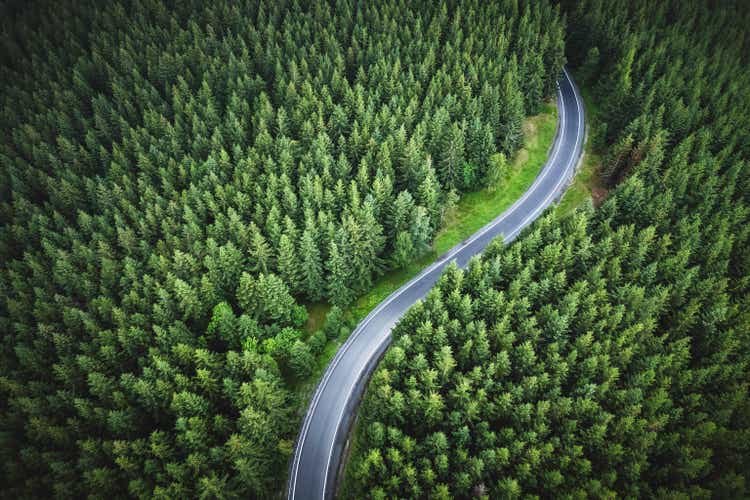 Allied Financial (NYSE: ALLY) is over 100 years old, with its roots in the auto finance industry. The company began life in 1919 as General Motors Acceptance Corporation (GMAC) as a captive automobile lender to General Motors. Its original purpose was to support sales at the car manufacturer.

It’s an important backdrop to understanding how Ally has become the nation’s largest auto lender today, offering retail auto loans and leases and dealer loans for inventory and expansion.

But the bank has spent the past few years diversifying its product portfolio among home loans, insurance, credit cards and commercial loans, both organically and through acquisition. Ally has also created depository and investment franchises.

And these “other” areas of banking are growing rapidly.

New products attract new customers and create cross-selling opportunities that broaden and strengthen the customer relationship with the bank.

But the market ignores this structural development and its long-term benefit.

Stocks came under pressure on heightened concerns about consumer credit and rising deposit costs. The sell side downgraded the company, refusing to see beyond a year or two.

This myopic view offers long-term investors an attractive opportunity. Ally, selling at near-tangible book value with a target ROTCE of 16-18% (2Q22 ROE was 23%), is a bargain. Even more so if the consumer remains resilient and a shallow recession occurs.

Understand the structural movements that the market is ignoring

From a near-permanent start, Ally has grown its broader credit portfolio nearly 6x since 2014. Figure 2 shows that auto-related credit accounted for 72% of Ally’s loan and lease portfolio in 2014, but that in 2021, it had fallen to 58%.

New customers increased by 52% between 2014 and 2021, mainly due to these new product offerings. While margins have widened thanks to new higher yielding products such as point-of-sale financing and credit cards.

Both products have average interest rates that are much higher than the bank’s other products. In 2Q22, Ally said point-of-sale financing had a rate of 11.94%, while credit cards were at 19.71%. Personal auto loans, the company’s largest credit category, were just 6.82%.

This simple rate comparison obviously does not take credit costs into account. But the key point is that diversification into these high-yielding products will drive NIMs higher.

The key to the company’s success? Cheap deposits.

My guess is that Ally’s all-digital banking brand will also create lasting advantages over other banks that investors should pay attention to.

As shown in Figure 4, the marketing efforts attracted a younger millennial customer who was more comfortable with online banking.

Ally is also able to deliver efficiency ratios that surpass other banks. In 2021, Ally reported an adjusted efficiency ratio of 43.7% (excluding insurance operations), well below its past three-year average of 48.4%.

In comparison, monetary central banks such as Bank of America and JP Morgan had average ratios of 63.9% and 57.3%, respectively. While banks of comparable asset size had efficiency ratios of 57%.

The cost advantages that digital-only banks have allow them to offer higher deposit rates than physical banks without affecting overall profitability.

Interestingly, investors were paying for fintechs such as Lending Club and Sofi when they launched plans to access low-cost deposits and offer all digital services. A strategy Ally has been running for years.

These structural moves allowed Ally to free up excess capital, and CEO Jeffrey Brown didn’t hesitate to return those dollars to shareholders.

In the last CCAR exercise, Ally saw its Stress Capital Buffer (SCB) requirement reduced by 100 basis points to 2.5% compared to 2020. A testament to the bank’s strategy which has both reduced risk credit through product and customer diversification and improved margins by using low cost deposits.

These improvements allowed management to reduce its outstanding shares by 35% between 2Q22 and 2Q16, while significantly increasing the dividend by more than 3x.

Credit costs a worry, but fears may be exaggerated

It’s hard to know how deep the recession will be in the US with such a plethora of issues in mind: Covid, Ukraine-Russia, inflation, interest rates.

A deep recession would increase credit costs and slow asset growth for all banks.

But investors should recognize that the banking industry facing these challenges is very different from the one that survived 2008.

Regulatory capital has been bolstered, loan losses are pre-recognized through the Current Expected Credit Loss (CECL) framework and balance sheets have never looked better. Meanwhile, employment remains robust and wages are rising – generally a boon for consumer banks like Ally.

The S&P/Experian Consumer Credit Default Index shows that although defaults increased to 0.53%, they are still well below the 10-year average. So we still have a bit of a way to go before investors start panicking about credit costs.

Still, there is no doubt that chargebacks at Ally have increased, particularly in Retail Auto, as shown in Figure 7. The bank saw $153 million in loans written off its reserves in 2Q22. That’s up 5 million USD reserve release to the comparable period last year.

Most of the write-offs were for $108 million retail auto loans. And all of the company’s major credit metrics, such as 30+ Days Past Due (DPD) and 60+ DPD, are up.

But there are reasons to be confident that Ally’s primarily consumer portfolio will be resilient.

Personal auto loan loss reserves are now more than double what they were in the middle of 2019, when interest rates were around that level. Ally’s ALL as a percentage of its automotive retail portfolio was 3.51% at the end of 2Q22, compared to 1.48% at the end of 2Q19. The majority of these additional reserves came from the bank adopting CECL accounting in early 2020.

And net charges and more than 30 DPD defaults are still lower than the comparable period in 2019, despite Ally’s reserves ramping up.

Ally shares are undervalued at nearly $35. This is only 1.10x the adjusted tangible book value of $32.2. If you need more convincing, you can take comfort in the fact that Berkshire Hathaway recently bought Ally shares at an average price of $43.48: link. Then dramatically increased its position to 9.7% of the bank as prices fell during the second quarter.

The main concern, of course, is whether the consumer will withstand the blistering attacks of inflation and higher interest rates. As costs rise to levels not seen in over a decade, will this also deteriorate Ally’s consumer portfolio, book value and earning potential?

The answer is yes – but not in the long term.

Ally’s structural moves will create lasting benefits for shareholders. Let’s just look at the company’s “flywheel”. As a digital bank, Ally has a cost base that allows it to compete aggressively for deposits. He can use these low-cost funds to build a diversified credit portfolio, which has plenty of room for high-margin growth.

Ally is still in the early stages of this diversified growth, but the benefits are beginning to flow through its dividends and stock buybacks. And regulators seem to agree when they lowered the bank’s SCB requirement.

Shareholders who see beyond this cyclical low and understand the bank’s flywheel will be rewarded over the long term by a diversified consumer bank with attractive growth prospects, improving margins and a strong balance sheet.

Is your money in the right savings account? Here’s how to know

What is an Economic Disaster Loan?