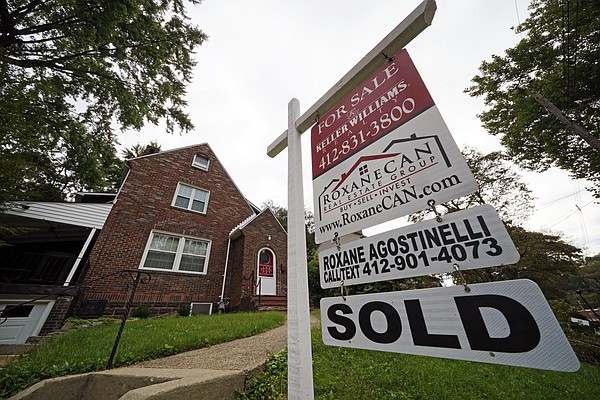 Mortgage buyer Freddie Mac reported Thursday that the 30-year rate fell to 5.09% from 5.1% last week. In contrast, the average rate stood at 2.99% a year ago. Until about six weeks ago, rates hadn’t breached the 5% mark in over a decade.

The average rate for 15-year fixed-rate mortgages, popular among those refinancing their homes, rose slightly to 4.32% from 4.31% last week.

Last month, the Federal Reserve stepped up its fight against the worst inflation in 40 years by raising its benchmark interest rate by half a percentage point and signaling more significant rate hikes to come. The Fed’s move, its most aggressive since 2000, means higher costs for mortgages as well as credit cards, auto loans and other borrowing for individuals and businesses.

Rising borrowing rates appear to be slowing the housing market, a crucial sector of the economy. In April, sales of existing homes and new homes showed signs of losing momentum, aggravated by the sharp rise in house prices and a reduced supply of available properties.

Home ownership has become an increasingly difficult aspiration, especially for first-time buyers. Along with skyrocketing inflation, rising mortgage rates and soaring home prices, the supply of homes for sale continues to be tight.

The United States remains stuck in the painful grip of high inflation, which has caused particularly severe hardship for low-income households, many of whom are people of color. Although many American workers have received significant wage increases, their wages in most cases have not kept pace with inflation. In April, consumer prices jumped 8.3% from a year earlier, just below the fastest rise in four decades set a month earlier.

Trust fund for hospital insurance will run out by 2028