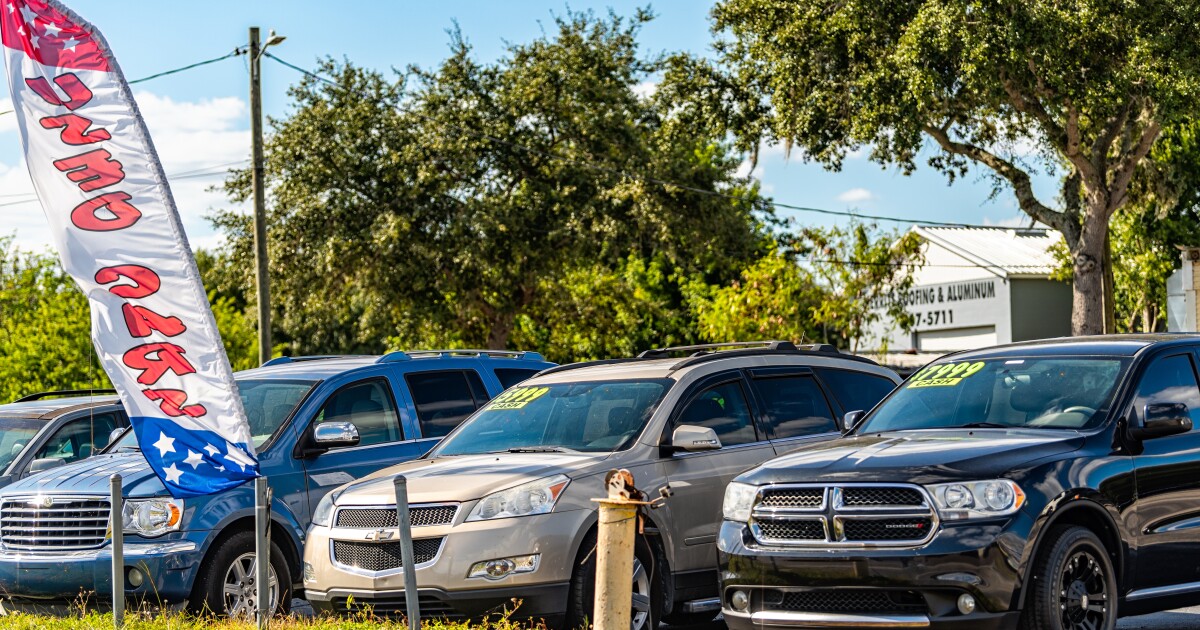 US banks extended significantly more credit in the second quarter, with one notable exception: auto loans.

Growth in loans to consumers buying cars and trucks in the second quarter slowed to half the pace of the previous three months, as rising interest rates and high costs challenged borrowers’ ability to repay.

The US economy contracted slightly in the first half of 2022, slowed by several Federal Reserve rate hikes. At the same time, amid supply chain disruptions and parts shortages in the wake of the pandemic, automakers have struggled to meet demand for new cars. A key finding: the cost of new and used cars has risen equally the headwinds of recession have gatheredgiving bankers a reason to stop and avoid taking on bad loans that could lead to losses later.

At the same time, as several bankers reported during the second-quarter earnings season, credit unions stepped up in the auto sector, offering below-market interest rates in the aim of gaining market share. Bankers said they couldn’t compete with the aggressive pricing, adding another reason for car caution.

“These competitors have gained market share and pressured industry margins“, said Richard Fairbank, chairman and chief executive of Capital One Financial, during the company’s earnings call. “We have held back growth in autos in response to competitive pricing dynamics.”

The $440 billion asset Capital One, of McLean, Va., is the nation’s leading car and truck lender. But its auto loan originations in the second quarter were down 12% from the previous quarter.

Fairbank said auto loan write-offs remain low and overall credit quality is strong. But he also noted that an important factor in auto loans — the value of cars and trucks — is tenuous. One of the attractions of auto lending is that in the event a borrower defaults on a loan, lenders can repossess and resell the vehicle, minimizing or avoiding losses.

With used car prices rising this year, some lenders still see relative safety in the auto sector. But Fairbank said supply chain issues would eventually be resolved, auto manufacturing would rebound and the value of used cars could fall. This would weaken the collateral positions that lenders are taking on with loans this year, posing a risk of future losses.

“We hear and see the yellow lights flashing too,” Ally Financial CEO Jeffrey Brown said of the company’s $186 billion asset exposure. most recent earnings call. Detroit-based Ally is the nation’s second-largest auto lender. “And we think the industry as a whole is tightening up and competitive pressures are mounting.”

Second-quarter auto loans in the U.S. banking sector rose just 0.7% from the previous quarter, to $548.89 billion, according to data from S&P Global Market Intelligence. The growth rate was half that of the 1.4% expansion in the previous quarter. Credit unions, meanwhile, increased auto loans at a rate of 3.5% in the first quarter, according to S&P data. Second quarter data for credit unions was not yet available.

WE banks increased lending in the second quarter by around 4% of the previous quarter.

Lawrence White, an economist at New York University’s Stern School of Business, said banks are more conservative today than they were heading into past recessions — largely because of staggering losses they suffered amid the fallout of the 2008 financial crisis.

“There were a lot of lessons learned and a lot of mistakes that no one wants to repeat,” White said. He suspects banks will become increasingly cautious about lending as 2022 progresses, particularly if the economy continues to contract in the second half.

Meanwhile, auto credit takes center stage. The banking industry’s overall auto loan delinquency rate rose to 2.18% in the second quarter from 1.92% in the prior quarter, according to S&P Global.

PNC Financial Services, a $541 billion asset in Pittsburgh, said its second-quarter auto loans were down 4% from the prior quarter. PNC Chairman and CEO William Demchak said the bank doesn’t want to get caught chasing poor quality loans.

“Auto lending looks, in our view, to be a bit of a bubble” in danger of bursting, Demchak said during the company’s earnings call last month.

The Fed tackles inflation with its most diverse leadership ever