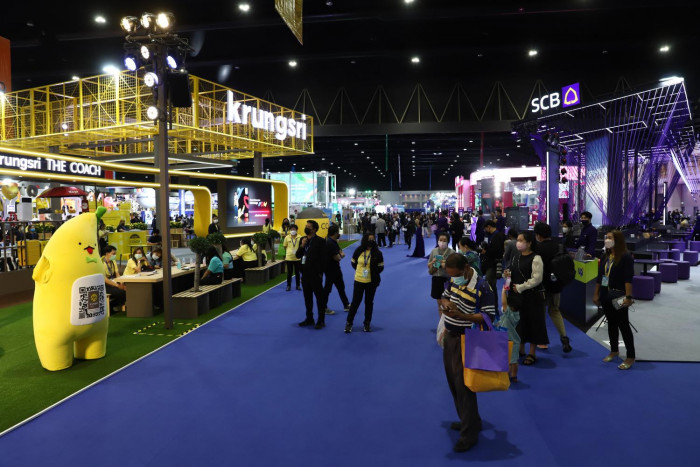 Commercial banks offer financial loan and savings offers during the Money Expo 2022 held in May at Impact Muang Thong Thani.

Banks have indicated that higher interest rates are expected for mortgages and auto loans in response to rising financial costs and higher policy rates.

However, all banks maintained their benchmark lending rates.

Nathapol Luepromchai, executive vice president of Bank of Ayudhya, which heads the bank’s mortgage division, said banks have started to stop offering two- and three-year fixed interest rate campaigns, moving to 12-month and six-month fixed rates. month periods. He said the move is in line with the trend of rising interest rates.

Analysts expect the Bank of Thailand to raise its key rate by 50 basis points this year. The central bank’s Monetary Policy Committee (MPC) is expected to raise the rate by 25 basis points at its next meeting in August.

If the MPC decides to raise the policy rate by a quarter point in August, banks would have to stop offering their existing fixed-rate mortgages for one-year and six-month terms, Nathapol said.

However, the rise in the rate of inflation, which translates into a rise in the cost of living, is a bigger concern than a rise in interest rates, he said.

If the minimum retail interest rate (MRR), a benchmark rate for calculating housing loans, increases by 25 to 50 basis points following a hike in policy rates, the financial costs for buyers House prices will rise only 0.25-0.5%, while building material costs jumped 7-10%, Nathapol said.

If a homebuyer takes out a mortgage of 1 million baht and the MRR increases by 0.25% per year, this will add 2,500 baht per year to the loan, or about 208 baht per month.

The additional cost should not have a significant impact on their monthly debt payments, as banks could adopt flexible terms for monthly mortgage payments in contracts, he said.

Kasikorn Leasing managing director Tirachart Chiracharasporn said fixed interest rates for car loan products had increased in recent months due to banks’ higher financial costs in the money market. On average, if the fixed interest rate increases by 10 to 50 basis points, borrowers’ financial cost will increase by 40 to 200 baht per month, he said.

Thanyalak Vacharachaisurapol, deputy director general of the Kasikorn Research Center, said the center predicts that commercial banks are unlikely to raise their preferential interest rates for deposits and loans at all levels immediately after a hike. central bank rates, opting instead for a selective basis.

She said liquidity in the banking system remains high and there is still a need to help customers during the economic recovery.

“However, rising interest rates for auto and home loans will not have a general impact on consumers as these buyers have higher purchasing power than the low-income segment,” Ms Thanyalak said. .

The senior director of the central bank’s economic and policy department, Sakkapop Panyanukul, told a recent analyst meeting that commercial banks had started to react to a possible hike in key rates by adjusting interest rates on certain products.

He said the signs of economic recovery are clearer, but the rebound is gradual. Some sectors remain vulnerable, including low-income households and small and medium-sized businesses that are suffering from rising costs.

The Economic Intelligence Center (EIC), a research house of Siam Commercial Bank, reported that outstanding corporate bonds in the second quarter of this year rose 10.7% year-on-year. Listed companies rushed to issue bonds ahead of the next round of rate hikes in the second half. From January to May this year, total corporate bond issuance amounted to 552 billion baht.

The EIC predicts that new corporate bond issues in 2022 will exceed 1 trillion baht for the third time.