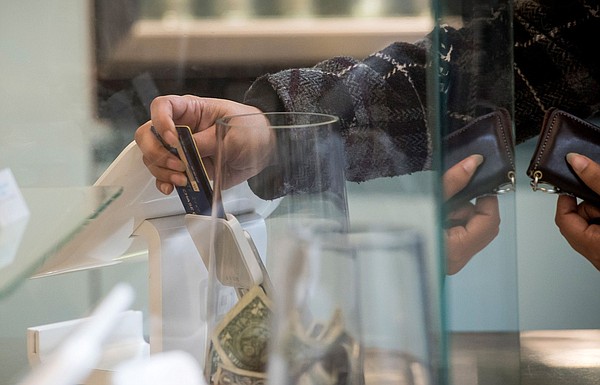 Credit card addiction on the rise

Americans are using their credit cards more and taking out fewer mortgages as they increasingly need to borrow to cover the higher cost of basic necessities and respond to rising interest rates.

There were a record 537 million credit card accounts in the first quarter, a jump of 31 million from a year ago, according to the Federal Reserve Bank of New York’s quarterly debt and credit report. households. Meanwhile, mortgage lending totaled $859 billion in the first three months of 2022, the lowest in nearly two years.

While mortgages are still by far the largest component of household debt at 71%, the data shows how consumers are relying more on credit cards as decades-high inflation increases the cost of everything from food and gas at accommodation. And now that the Fed is tightening policy and mortgage rates are at their highest since 2009, Americans are refinancing them and car debt a lot less.

The data reflects a stark contrast to 2021, when Americans capitalized on some of the lowest interest rates on record to refinance debt at historic highs. Now that the Fed has raised rates to the highest since 2000 and has indicated it will continue to do so in the coming months, debt service costs are also rising.

Economists have warned that higher interest payments could tip some types of debt, particularly student loans, into delinquency from historic lows. According to the New York Fed, interest payments are starting to rise for almost all types of debt, including credit cards, mortgages, auto loans and home equity lines of credit. There was also a slight increase in the number of foreclosures in the first quarter.

A separate report last week showed that consumer borrowing in the United States rose in March by the highest level on record, as credit card balances swelled and non-revolving credit surged, highlighting the combined impact of strong spending and rising prices. That’s a good sign since spending is the biggest contributor to the economy, but it could be worrying if Americans can’t keep up with their payments.

Those payments, along with others with variable interest rates, are rising and threatening to squeeze already strained households who live paycheck to paycheck and whose wages are not keeping up with inflation.

Mortgages boomed during the pandemic when rates were low, but have fallen in recent weeks as rates rose. The 30-year mortgage rate as measured by Freddie Mac now stands at 5.27%, the highest since 2009.

“Unlike the housing boom of 2003-2006, mortgage debt has grown much more slowly than home values,” New York Fed researchers led by Andrew Haughwout said in a separate blog post.

Haughwout also noted that loans today are granted to borrowers with higher credit ratings, reflecting still high lending standards following the 2008 financial crisis. More than two-thirds of newly created mortgage debt in the quarter went to borrowers with credit scores above 760, while only 2% went to subprime borrowers. This compares to an average of 12% in the years before the recession.

Autos were the third-largest category of debt after mortgages and student loans, thanks to a rise in prices that prompted buyers to borrow more. This can create a longer-term financial burden for households struggling with large loan repayments, even if used-vehicle prices begin to decline after their peaks.

As used car prices fall, new borrowers in particular are at risk in that they may owe more on their cars than the vehicles are worth.

Student loan debt in 2021 saw the lowest annual increase in nearly two decades, the New York Fed says, as far fewer Americans enrolled in college during the pandemic, and interest payments have been reduced to 0% due to covid-19 forbearance measures. Last month, the Biden administration extended the payments pause to August 31 from May 1.

Americans owe a collective debt of $1.8 trillion in student loans, according to a separate Fed measure.