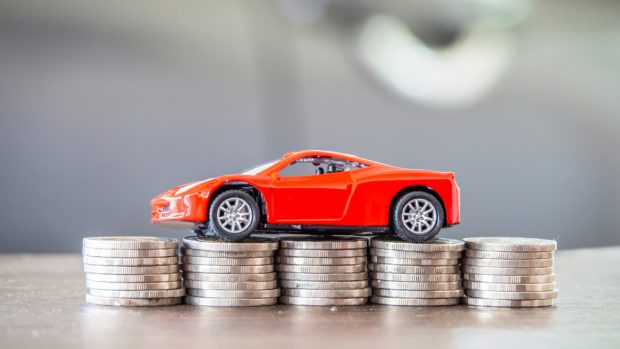 Credit unions improved their share of the country’s auto finance market in the third quarter, with a surge in new auto loans, according to an Experian report released Thursday.

However, credit unions are gaining share in a shrinking market. Cox Automotive made an unusual move on Thursday by lowering its monthly forecast for new car sales just three days after it was released. He said he now expects new cars to be sold at a seasonally adjusted rate of 13 million vehicles per year in November, down from Monday’s forecast of 13.4 million SAARs. for the month.

This puts new car sales at the same pace as in October, and down from SAAR 15.9 million in November 2020.

â€œBased on our industry data and reports, it’s clear that November auto sales were well below year-ago levels. November sales were similar to October – slow, â€Cox Automotive said in an online website update.

â€œThe chip shortage continues to restrict the availability of new vehicles, and this November was no exception,â€ said Cox Automotive.

“The inventory crisis will stay with us until 2021,” said Cox Automotive. â€œA broad market-wide breakthrough to a higher level of sales seems highly unlikely until the global supply chain for chips and other parts improves significantly.

Independent economist Elliot Eisenberg said Thursday that chip shortages for cars and other key goods could ease, but the improvement is expected to be slow.

â€œIt seems the automakers have survived the worst of this crisis. “

Regarding the omicron variant of the COVID-19 virus, Eisenberg said it appears to pose a lesser threat to the economy.

Speaking during a webinar sponsored by Origence, a division of CU Direct in Irvine, Calif., Eisenberg said early indications are that the omicron variant may spread faster, but does not appear to be more likely to cause deaths.

Eisenberg said the economy has recovered from setbacks of other variants faster than the initial wave and that it would likely also recover from setbacks caused by this variant, unless evidence emerges that it is more deadly.

â€œWe are learning to live with these things,â€ he said.

Eisenberg also referred to the gain in market share for credit unions noted in the Experian report.

Experian’s report on the State of the Auto Financial Market for the third quarter showed that credit unions and banks were making gains at the expense of captive lenders.

For used car finance, the gain was small compared to a year ago, but also showed a recovery from the first half. Credit unions generated 25.5% of used car loans, up from 24% in the second quarter and 25.4% a year ago.

Credit unions lost share when the auto market rebounded from the summer of 2020 to the spring of this year.

CUNA Senior Economist Dawit Kebede said in a video presentation last week that credit unions need to be concerned about both declining auto loan market share in 2020 and early 2021, and by the aging of their members.

Kebede cited data from the Fed that shows the average age of a member of a credit union in 2001 was 44, compared to around 51 for a bank customer. The latest data showed that the average age was 51 for members of credit unions and 52 for customers of banks in 2019.

â€œIn 2001, credit unions had an advantage over banks with a younger population, but now that gap is narrowing,â€ he said.

While young people are a key segment for credit unions, Kebede said many are lost to internet apps that not only buy a car but also finance online.