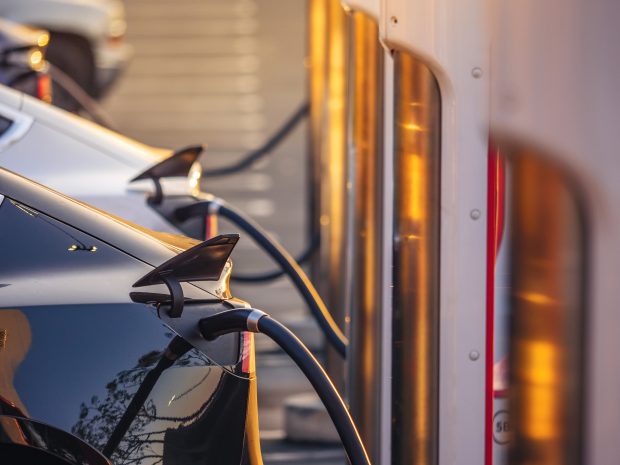 While the overall new vehicle market is down this year, electric vehicle sales continue to rise, benefiting credit unions responding to the market and creating openings for fintechs.

Cox Automotive said on Wednesday that while new car sales have fallen this year, sales of battery electric vehicles — which it calls “pure electric vehicles” — jumped to 196,788, a record high and a 13% increase from compared to the first quarter.

Americans purchased 370,726 new electric vehicles in the first six months of 2022, up 76% from the first half of 2021. Electric vehicle sales in the second quarter accounted for 5.6% of the total new vehicle market in the United States, compared to 2.7% a year earlier, according to Cox Automotive’s electrified light-duty vehicle sales report.

The Redwood Credit Union of Santa Rosa, Calif. (7.6 billion in assets, 320,708 members) has offered a 0.25% loan rebate for qualifying hybrid and electric vehicles since the early 2000s.

Michelle Anderson, director of loans for RCU, said interest in electric and hybrid vehicles has increased this year with rising gas prices, but they were increasing even before that.

“Hybrid and electric vehicles are very popular and common in California, so we have had a constant interest in them for many years. Many Californians are environmentally conscious and choose to drive hybrid and/or electric vehicles,” Anderson said.

The 0.25% discount applies to new and used vehicles. “Members also buy second-hand goods – often from friends and neighbours,” she said. “We live in an area where hybrid/electric vehicles are quite common.”

However, Cox Automotive said it expects Tesla’s share of the electric vehicle market to decline as other manufacturers ramp up production. There were 33 electric vehicle models for sale in the second quarter, up from 19 a year earlier.

High prices have allowed Tesla’s dominance in the electric vehicle market to turn it into a force in the luxury market. “The average price of a new electric vehicle in June was over $66,000, well above the industry average and more in line with luxury pricing than traditional pricing,” according to Cox Automotive.

Along with higher gas prices and an eco-conscious membership, RCU is cultivating more interest in electric vehicles through a recent partnership with local Tesla dealerships in the North San Francisco Bay Area by offering a concierge experience to both its members and Tesla customers through co-hosted community events offering private test drives.

“It generated a lot of interest,” Anderson said.

RCU also has a brokerage service which allows it to help people find their ideal cars. “Hybrid/EV requests have increased significantly since the start of this year,” she said.

“We recently tested an outdoor ad promoting our hybrid/EV loans and saw a significant increase in traffic to the hybrid/EV page on our website,” she said.

For lenders who aren’t interested in electric vehicles or who see them as the same as other auto loans, a fintech startup called Tenet hopes to relieve them of the need to care.

The company announced that it has raised $18 million in seed funding, led by Human Capital and Giant Ventures with participation from Breyer Capital, Global Founders Capital, Firstminute Capital and angel investors including Michael Tannenbaum, Gokul Rajaram and Michael Ovitz.

“While there have been huge innovations to improve the technology of the cars we drive, nothing has been done to improve the way we buy them. That’s where we come in,” its site said. website.