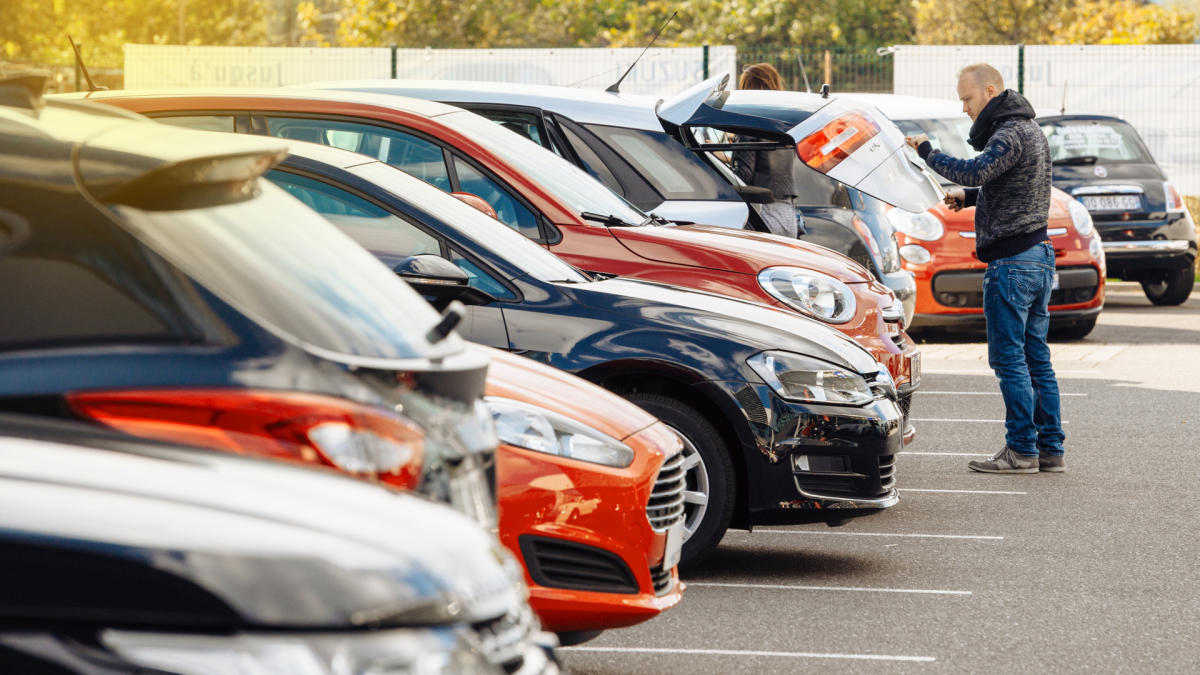 Who are the biggest winners and losers when prices go down?

With food prices continue to riseat least consumers are seeing relief in one spending category: the price of used cars is falling in line with rising interest rates and falling consumer demand.

AutoNation released its third-quarter results on Oct. 27, which showed the stock price rose, but not as much as analysts had estimated. Revenue rose just 4%, which Bloomberg said was “about in line with the average of Wall Street projections.”

AutoNation has the largest car dealership chain, according to Bloomberg.

Hertz Global Holdings also said earnings suffered as used cars depreciated as dealer inventories rose and interest rates rose. Car rental companies gain when the value of used cars doesn’t depreciate as quickly, and more so when they appreciate (as they did last year). In addition to leasing cars, Hertz auctions used cars from its inventory.

“Depreciation will increase due to the net effect of lower used car prices,” Hertz CEO Stephen Scherr said in an Oct. 27 interview with Bloomberg.

Hertz reported third-quarter adjusted earnings of $1.08, up from $1.20 at the same time last year and slightly above analysts’ forecasts, according to Bloomberg.

Consumers can benefit from lower prices on used cars

Although lower profit margins on used vehicles could mean bad news for car dealerships and car rental companies, consumers can rejoice. If you can afford to pay cash for a used car or get 0% financing with a good credit score, you’ll benefit from lower prices without being charged higher interest rates. And, as a secured loan with the vehicle as collateral, auto loans generally have lower interest rates than unsecured debt, such as credit cards.

In October 2022, US News reported that the average interest rate for a used car loan (if you have a credit score of 750 or higher) is 9.23%. You can save on your monthly payments and interest charges by putting down more money.

Falling used car prices are also good news for the US Federal Reserve, which has been steadily raising interest rates in hopes of slowly curbing inflation without sinking the US. in a recession.

Americans may see the price of other consumer goods fall ahead of the holidays, especially as economists predict the Fed will hike rates another 75 basis points at its meeting on November 2, 2022, a reported Reuters.

This article originally appeared on GOBankingRates.com: Used car market: who are the biggest winners and biggest losers when prices fall?

Buying Ally Financial right now could be a stroke of genius for investors. Here’s why.